After NZ, England too pulls out tour of Pakistan, cites players' concerns

London, September 21: Big blow to the Pakistan Cricket Board, as following the New Zealand, now England and Wales Cricket Board (ECB) too called off the upcoming men's and women's tours of Pakistan. ECB announced that the board has decided to withdraw both, men’s as well as women’s, teams from the upcoming tour of Pakistan.

England was supposed to play two T20Is in Pakistan on October 13 and 14 as part of their preparation for the ICC Men's T20 World Cup. 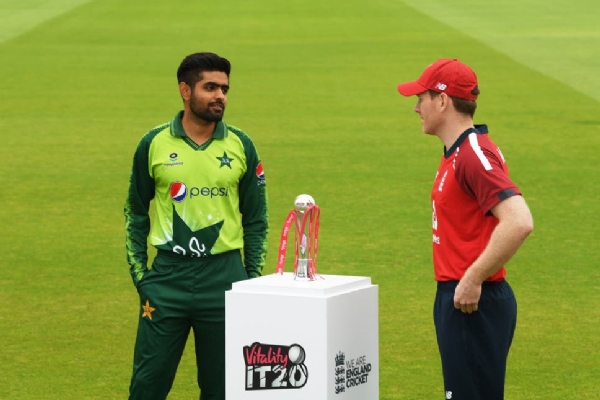 As per ECB, the board convened a meeting over the weekend when the decision to not go to Pakistan was taken. "The ECB Board convened this weekend to discuss these extra England Women's and Men's games in Pakistan and we can confirm that the Board has reluctantly decided to withdraw both teams from the October trip," the ECB said in a statement.
The ECB said that their priority is the mental and physical well-being of their players and support staff given the uncertainty of the future in the current pandemic situation. “The mental and physical well-being of our players and support staff remains our highest priority and this is even more critical given the times we are currently living in. We know there are increasing concerns about traveling to the region and believe that going ahead will add further pressure to a playing group who have already coped with a long period of operating in restricted Covid environments,” The ECB said in a statement.
ECB in a statement said that given the environment with the bubbles, playing in Pakistan in the current situation with the aforementioned concerns won't be ideal preparation for the men's team, especially for the upcoming T20 World Cup.
“We understand that this decision will be a significant disappointment to the PCB, who have worked tirelessly to host the return of international cricket in their country. Their support of English and Welsh cricket over the last two summers has been a huge demonstration of friendship. We are sincerely sorry for the impact this will have on cricket in Pakistan and emphasise an ongoing commitment to our main touring plans there for 2022,” The ECB said.
With that now, England has become the second country to withdraw from cricket tournaments in Pakistan due to terror threats. Earlier, New Zealand Cricket (NZC) had canceled their limited-overs tour of Pakistan minutes before the first ODI after they received a security threat alert from their government on the morning of the game.
Also Read |  New Zealand calls off Pakistan tour minutes before first ODI citing 'security alert'
Following the announcement, Pakistan Cricket Board(PCB) Chairman Ramiz Raja took to Twitter and expressed his disappointment with the ECB and said that they had failed a member of their cricketing fraternity at a time when it needed them the most.
In the tweet, PCB chairman Raja said that he is disappointed with England for not fulfilling their commitment. He concluded his tweet by saying that Pakistan should aim to become the best cricket team in the world so that teams line up to play against them, instead of making excuses.
It should be noted that Pakistan is a no-go zone for international cricket teams for a decade after armed fighters attacked the Sri Lanka team bus in Lahore in 2009. The ambush killed seven people and injured several Sri Lankan cricketers.
.
.
Pakistan EnglandT20 World Cup Pak vs Eng ECB PCB