Less than a month is left for the start of the T20 Cricket World Cup 2022 in Australia. 14 out of the participating 16 teams have already announced their squad. The teams have bolstered their pace bowling keeping the Aussie conditions in mind.

This time around cricket shifts Down Under which is why there are chances of pacers getting help. This is why it will be important for teams to play good fast bowlers and swing bowlers to do well.

However, it is important to note that the contribution of slow bowlers will also be important in the T20 World Cup. Teams such as Australia, New Zealand, India, Pakistan, South Africa, etc. have quality bowling attacks. In this listicle, we will discuss five bowlers who can pick the most wickets in the tournament. 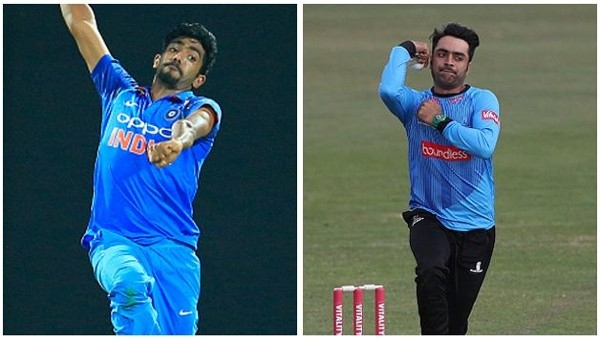 Five bowlers who can pick most wickets

The express pacer made his debut in the shorted format of the game in the Asia Cup 2022. Since then, he has played five games and has seven wickets to his name at an average of 19.71 and a strike rate of 15.4. Even though he is low on experience, he has shown the world that he can be a threat to the opposition irrespective of the format of the game.

India’s lead pacer is playing his third T20 World Cup since making his international debut in 2016. Talking about his T20I numbers, he has picked 69 wickets at an average of 19.46 and a strike rate of 18. Also, his experience of playing in the Aussie conditions will be an added advantage.

The Aussie leg-spinner is the leading spinner in white-ball format for his side. In T20Is, he has played 62 games and has 71 wickets to his name. His ability to rush the ball toward the batters after pitching will make him dangerous in these conditions. Not to forget, he was part of the T20 World Cup winning team last year.

South Africa’s lead pacer has played 46 games and has 52 wickets to his name at an average of 26.84 and a strike rate of 19. The only issue is his economic rate which is 8.45. However, on his given day, he can be extremely dangerous, and the Aussie conditions might come in handy for him.

The Afghanistan leggie has played Big Bash League for Adelaide Strikers over the years. He knows these surfaces and has been doing well ever since. Talking about his numbers, he has played 71 T20Is and has 118 wickets to his name. The right-arm spinner is one of the most difficult bowlers to face in the shortest format.
Jasprit Bumrah Rashid Khan Adam Zampa Naseem Shah T20 World Cup Australia.