T20 World Cup: 5 players who may break the highest score of Brendon McCullum.

T20 World Cup: 5 players who may break the highest score of Brendon McCullum

Like so many other times in the past, Brendon McCullum’s entire innings against Bangladesh in the 2012 T20 World Cup looked like a highlight reel. Even though not many people had smartphones back then, they were still trying to stay updated with the cricket live score of McCullum in whatever way they could.

On a spin-friendly track at Pallekele, the wicket-keeper batter smashed Bangladesh all over the park and scored 123 runs off 58 balls, the highest individual score recorded in the history of the T20 World Cup. Now that the eighth edition of the global tournament is just a month away, this is the perfect opportunity to look for players who can break McCullum’s record. 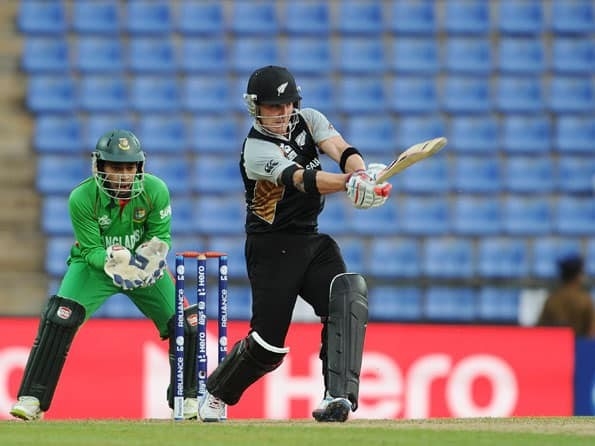 T20 cricket over the years has grown so much that is no more an impossible task. Interestingly, ever since 2012, the tournament was always organised in an Asian country where the ball turns and doesn’t carry well, and thus, the batters had difficulty in order to get going. As the tournament is scheduled to happen in Australia, the batters will have the luxury of hitting as the ball will carry well and create T20 World Cup records this time around.

Someone who enjoys playing in these kinds of pitches is David Warner. The 35-year-old was the Man of the Tournament in the last edition and he can repeat his heroics once again. The Australian will be playing in his home conditions and has a very good record for Australia in Australia. He played 23 T20Is in Australia and scored 767 runs at a strike rate of 148.35. This proves the kind of damage that Warner can do and thus will surely challenge McCullum’s record of highest individual score in the T20 World Cup.

The Indian captain Rohit Sharma will be second in the line as the pitches in Australia will suit his playing style. The hitman is known for his pull shots and in Australia, he will get ample opportunities. The 35-year-old played 9 T20I matches in Australia and scored 181 runs at a strike rate of 131.15. With the kind of history he has, Rohit Sharma can definitely break the record.

Rilee Rossouw is another player who can break McCullum’s record. Even though he had a poor season in The Hundred, the 32-year-old is known for his hard-hitting shots and is someone who the South Africa team will depend on in the upcoming tournament. Rossouw has a brilliant strike rate of 145.85 in T20 Internationals and averages over 35 in the format. He played just three T20Is in Australia previously and scored 94 runs at a strike rate of 151.61. Given his past record in T20Is, Rossouw will be a threat to McCullum’s record.

On his day, Finn Allen can destroy any opponent in the world. He has a baffling strike rate of 169.54 in T20Is and that proves what he can do on a cricket pitch. He hasn’t played a lot of T20 Internationals but the 23-year-old played 67 T20 matches and scored 1905 runs with a strike rate of over 173. The Australian pitches will suit the way Finn plays as he enjoys the pace that the speedsters provide.

The list will not be complete without Jos Buttler’s name on it. Be it in the IPL, or for England, or be it for any other team he plays, Buttler has shown that he is a beast in T20 cricket. The captain of the England team is probably the favourite one to break McCullum’s record as his T20 numbers are quite staggering. The 32-year-old played 94 T20Is for England and scored 2227 runs at a strike rate of 142.57. He loves to take the game till the end and that is why he managed to hit 7 T20 hundred in his career. His record in Australia might not be a great one but history doesn’t really matter for a player of his caliber.